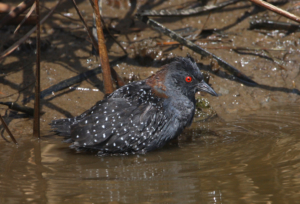 Eastern Black Rail populations have declined by more than 90% in their Atlantic Coast range since the 1990’s. They have disappeared from many historical strongholds and the Atlantic Coast breeding range has retreated south by more than 280 miles (from Massachusetts to New Jersey). This rapid decline (~ 9% annually) and the Black Rail’s shrinking range has triggered a petition for federal listing.

The most recent population estimate for Black Rails within the ACJV is 355-815 pairs. Our goal is to restore a sustainable population of Black Rails in the ACJV (More details on how we set this population objective may be found here). To achieve this we have set the following objectives: 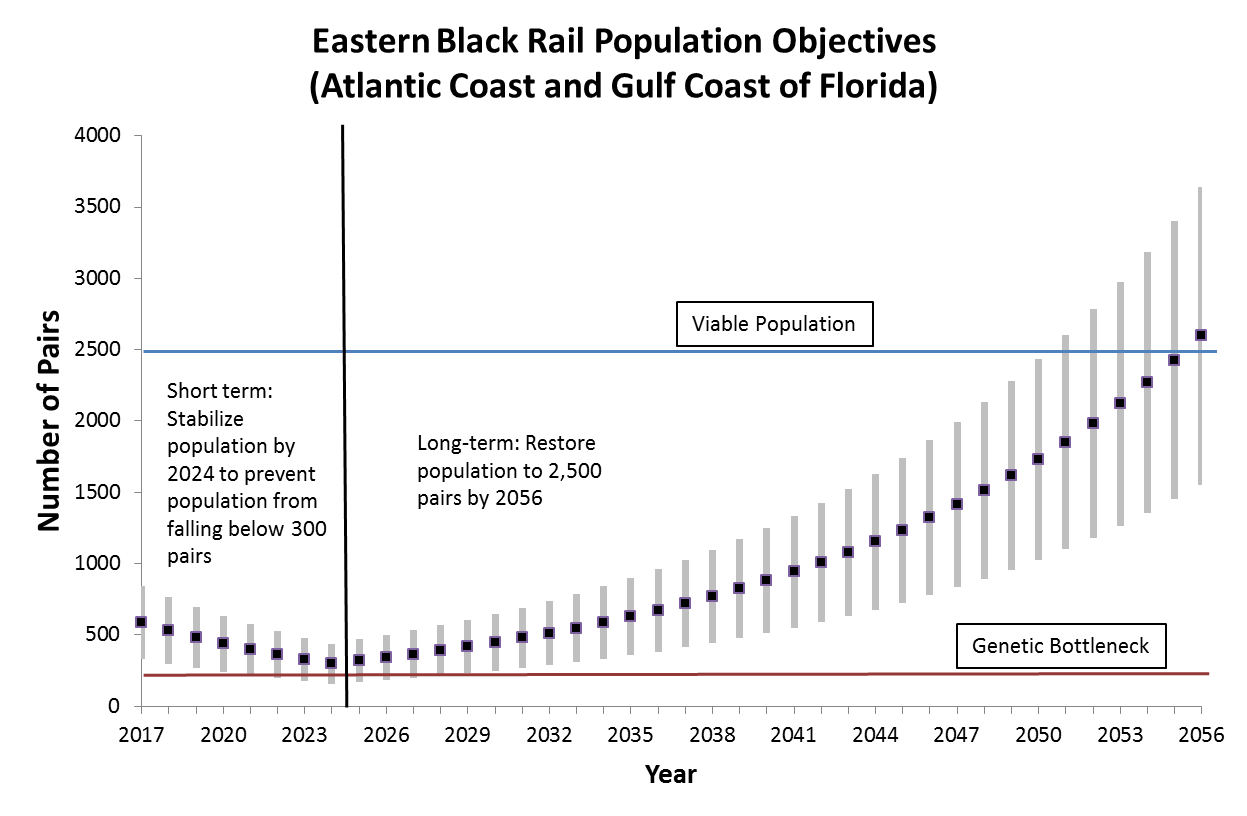 Eastern Black Rail habitat requirements are a subtle mix of factors no longer common–or readily available–in many places. It is critical that partners rapidly restore degraded wetlands and/or develop managed or created wetlands with suitable conditions (perennial shallow water, dense herbaceous vegetation, abundant invertebrates and seeds) in salt and freshwater habitats, in order to achieve our population objectives. Priority actions will vary from site to site and include: 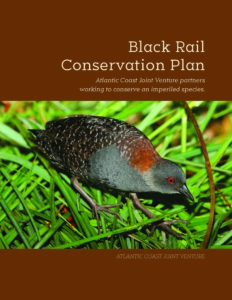 The Black Rail Conservation Plan outlines the highest priority strategies needed to conserve the Eastern Black Rail throughout its former range on the Atlantic and Florida Gulf coasts. The plan sets population and habitat targets for the short and long term with a goal of creating sufficient habitat to support a sustainable population of Black Rails within the ACJV area. This plan strongly emphasizes both the short-term need to create more non-tidal habitat that is safe from the threats of sea level rise and tidal flooding as well as the longer term need to facilitate marsh migration to provide future Black Rail habitat in tidal marsh systems.