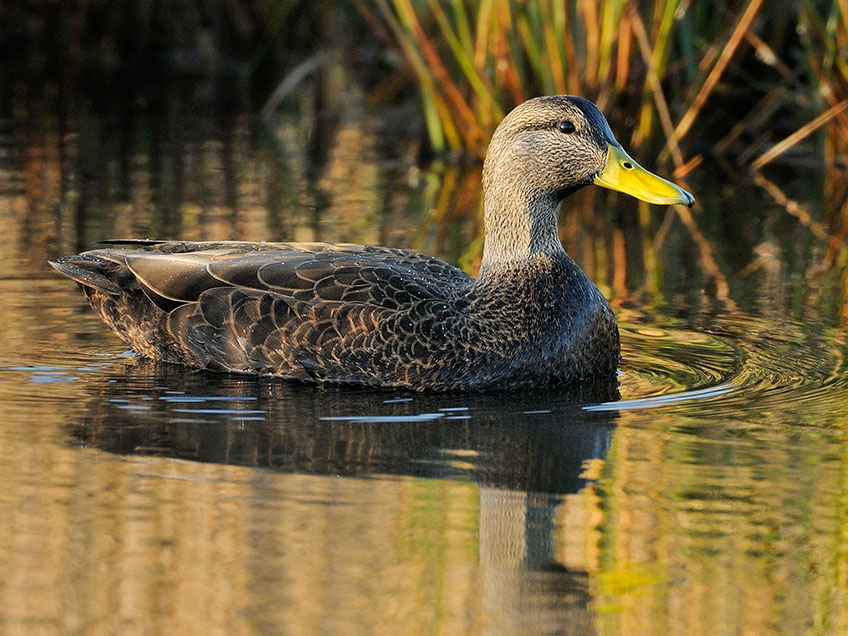 The American Black Duck was once the most abundant dabbling duck in eastern North America. Black Duck populations began declining steadily in the 1950s and reached an all-time low by the 1980s, having lost more than half of their historical population. Black Duck populations have stabilized since then, although they are still below the objectives set by the North American Waterfowl Management Plan. The Atlantic Coast Joint Venture supports the majority of the wintering population of Black Ducks, where they are largely found in coastal salt marsh habitats.

The primary threats to Black Ducks in the ACJV region are urbanization in coastal wintering areas and sea level rise due to climate change. The number of people living in coastal counties has nearly doubled since 1960, resulting in loss and degradation of wintering habitat and increasing disturbance to Black Ducks. Although sea level rise is expected to create more Black Duck habitat in the short term, long term declines are projected post 2080.

The ACJV goal is to provide enough high-quality non-breeding habitat to support one million Black Ducks, the North American Waterfowl Management Plan population objective for our region.Partners agreed that this goal would support healthy Black Duck populations as well as hunting, bird watching and other recreational activities.

Achieving our objective will require that we restore or enhance ~400,000 acres of Black Duck habitat, while continuing to maintain the good habitat that we have. Our Black Duck Decision Support Tool (DST) helps to identify the exact number of acres to protect, restore or maintain at the small watershed scale. Through this tool, land managers can determine the best way to contribute to achieving Black Duck goals anywhere on the landscape.