Each Joint Venture from across the US independently reviews and ranks proposals for their region, and submits their ranks to the USFWS’s Division of Bird Habitat Conservation (DBHC), which administers the NAWCA program.

Joint venture ranks are based on a combination of the following factors:

All US proposals are evaluated by a group of reviewers from across the US who represent the Council, which includes staff from state agencies, NGOs and the USFWS. This “Council staff” scores each proposal according to seven “Technical Assessment Questions,” which address the following:

Proposals are generally selected for funding based on a combination of their technical score by Council Staff and their JV ranking. 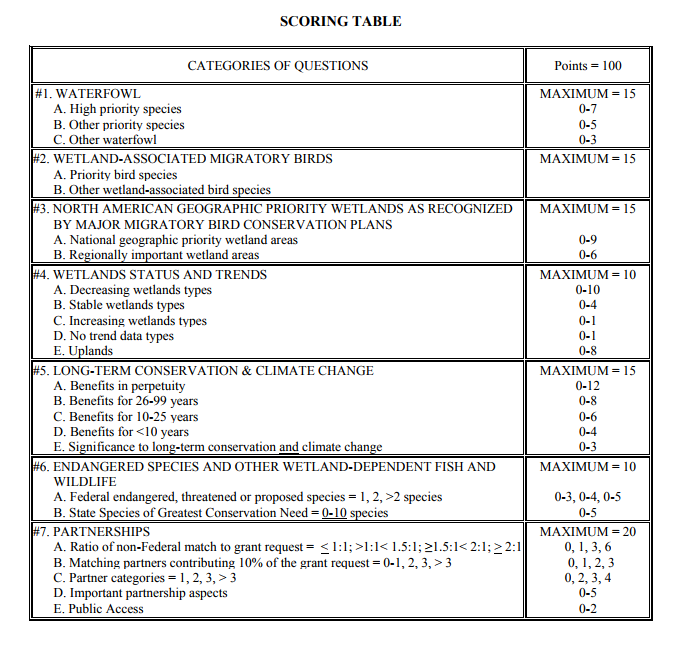