The NAWCA grant program awarded more than $12.3M in funds to ACJV partners this year. Those awards will conserve about 55,000 acres of habitat throughout the Atlantic Coast area.  In addition to the three Standard ($1M) grants awarded last fall in North and South Carolina, the second round of funding resulted in nine projects in five states: Maine, Virginia, North Carolina, South Carolina, and Georgia. 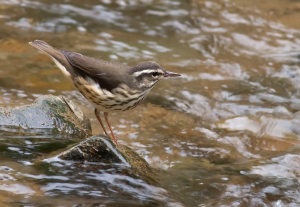 Great Lakes Restoration Initiative JV Habitat Conservation Grant
The ACJV is awarding one grant in 2016 under the Great Lakes Restoration Initiative (GLRI) JV Habitat Conservation program. The Western New York Land Conservancy will receive $300,000, matched by over $600,000 to create the 195-acre Mother’s Falls Preserve and Majors Park Conservation Area in Aurora, New York. The Conservancy is purchasing a 57-acre property; opening walking trails to the public; and ensuring the preserve’s long-term stewardship. The town of Aurora will protect 137 acres of the adjacent 158-acre Majors Park to form a 195-acre conservation area in Erie County, New York. This is the upper watershed of the Buffalo River, which connects to the Niagara River and Lake Erie which is designated as a globally significant Important Bird Area. In addition to conserving breeding habitat for forest birds like Louisiana Waterthrush and Wood Thrush, this area will provide important stopover habitat for a host of migratory bird species, millions of which pass through this area each spring and fall.

National Coastal Wetland Conservation Grants
ACJV partners in eight different states (Maine, New Hampshire, New Jersey, Maryland, Virginia, North Carolina, South Carolina, and Georgia) received a National Coastal Wetland Conservation Grant in 2016. These projects will collectively conserve more than 8,500 acres, worth $22.5 million (see table below). All three of the Coastal grants in Georgia will contribute to ongoing protection efforts (~160k acres over the last decade) in the Altamaha River watershed. The Altamaha is Georgia’s largest free-flowing river, winding 137 miles from the center of the state all the way to the Atlantic Ocean. One of the largest watersheds on the East Coast, the Altamaha has a diversity of important habitats for migratory birds, from extensive bottomland hardwood forests to a vast coastal estuary. In addition to providing power, drinking water, and recreational opportunities to Georgia citizens from Atlanta to the coast, there are more than 120 species of rare or endangered plants and animals in the Altamaha basin, including 11 endangered mussel species, seven of which are found nowhere else in the world. 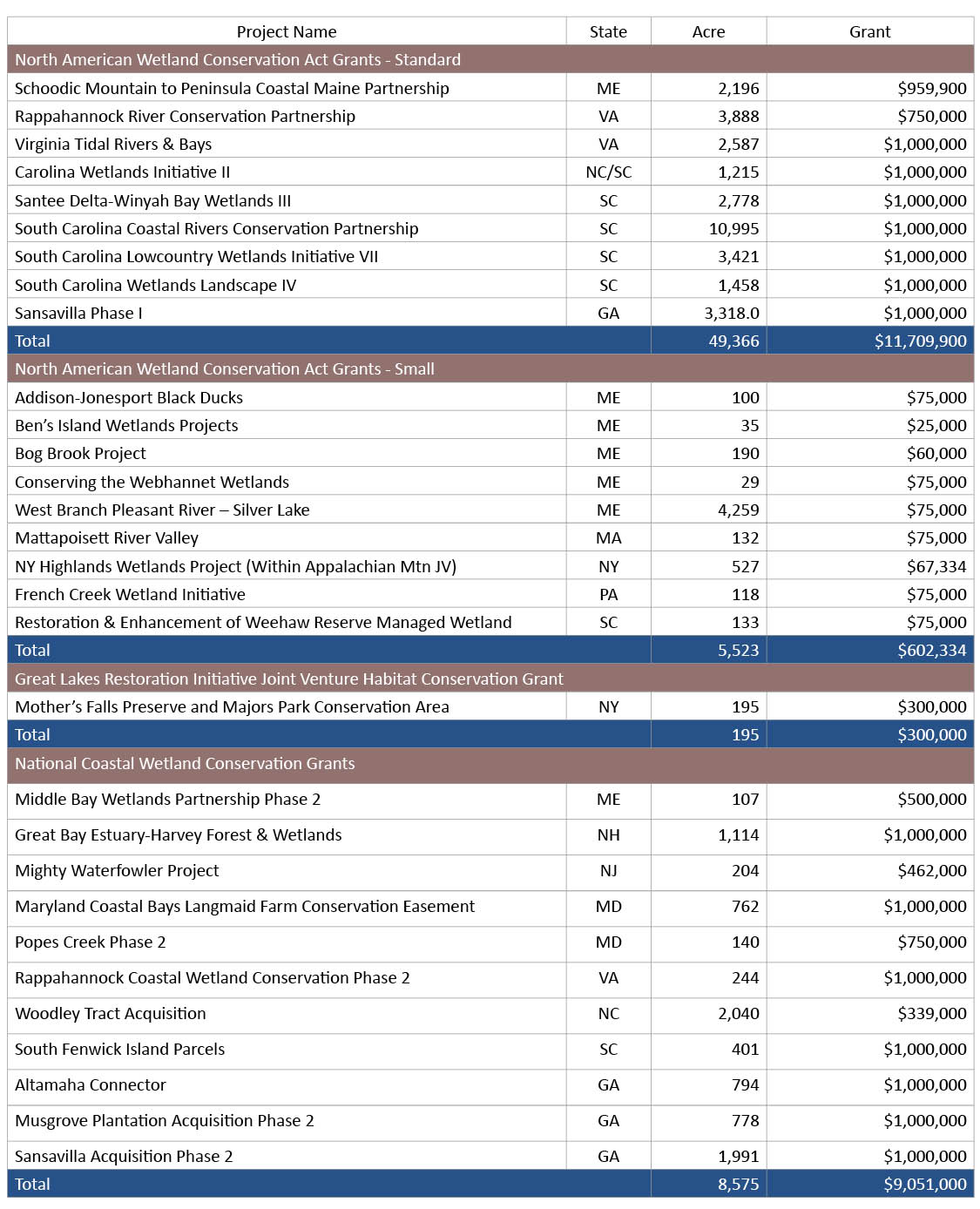